Puerto Banús, Marbella’s luxury yacht marina, is located 6km to the west of Marbella’s town centre; just before you reach the small town of San 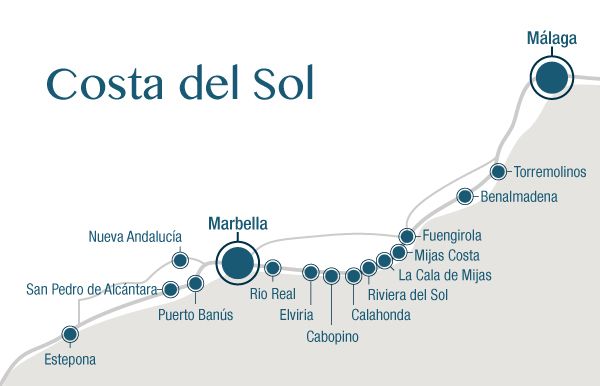 The ambitious project of this famous port shaped up at the beginning of the 70’s, when the developers taking inspiration from other coastal countries, wanted to create cosy and elegant atmosphere, essentially Mediterranean, combining both modern functionality and the Andalusian charm that would attract people to this place with sophisticated style to enjoy the mild climate and healthy food.

Puerto Banús ranks among the more expensive parts of Marbella in square metre terms –average 5500 € per m2- , with luxurious penthouse apartments overlooking the marina or the sea. Close to the action and excitement, they are within walking distance of shops, department stores, famous designer outlets and fine dining restaurants, not to mention the yachts, night time venues and beach clubs that add to the port’s glamour.

Bordering Puerto Banús on the west, are more prime beachside apartments and penthouses, and while they remain close to all that it has to offer this is a somewhat more private and leafy environment in spite of its proximity to the sea. Just inland from here, flowing on from the famous casino, is an area known as Nueva Andalucía and nicknamed the Golf Valley, because of its concentration of first-class courses. Essentially a wide, almost level valley, it is above all a peaceful residential zone dominated by villas and criss-crossed by the serpentine beauty of championship golf courses. Nueva Andalucía villas and apartments are above all popular with families, the nightlife, shopping amenities and beach clubs of Puerto Banus are especially attractive to those looking for fun and excitement.

Long after mass-tourism turned some coastal areas into concentrations of high-rise apartments and hotels, Puerto Banús remained a name associated with glamour and high living. Stars of the silver screen rubbed shoulders with princesses and millionaires in a summer playground that retained the innocent elegance of old – such was the charm of a Marbella that was both cosmopolitan and seductively Andalusian.

Taken up by José Banús, one of the leading property developers in Madrid at the time, the project gained momentum at the beginning of the 1970s, when plans were drawn up for a state-of-the-art yacht harbour and accompanying complex of boutiques, restaurants, cafés and hotels. Having originally bought a large estate in what is now Nueva Andalucía, with the intention of breeding bullfighting cattle; José Banús became a champion of the project that would eventually bear his name.

Inspired by other examples in France and Italy, the developers wanted to create an elegant, intimate ambience that reflected its Mediterranean setting. After an introduction by Alfonso von Hohenlohe, José Banús settled on Marcos Sáinz and Noldi Schreck as the responsible architects. A somewhat unlikely team, the young Mexican and veteran Swiss architects were to gel perfectly in what was to become a long and fruitful collaboration. 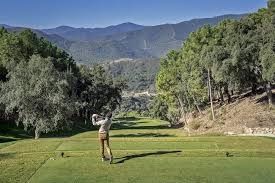 Sáinz and Schreck took particular trouble to ensure that the design of Puerto Banús would be a modern interpretation of traditional Andalusian architectural style. In so doing they combined contemporary functionality with authentic local charm, anchoring the elegant marina to its surroundings and designing a modern classic in the process.

In addition to the Benabola apartments located within the port itself, and the Gray d’Albion complex situated right next to the main entrance to the marina, a series of exclusive apartment and penthouse buildings sprung up in the immediate surroundings of Puerto Banús. Urbanisations likeTerrazas de Banus, Marina Banús and Jardines del Puerto offer a convenient location with gardens and leisure/sporting facilities, within the heart of glamorous Puerto Banús – with fine dining, trendy nightspots, designer shopping and beach clubs on their doorstep.

Those urbanisations on the perimeter of Puerto Banús, such as Playas del Duque, Los Granados,  Playa Rocio, La Alcazaba and Andalucía del Mar, are generally more private and secluded, characterised by lush gardens, opulence and open sea views yet also still within strolling distance of the bright lights, while Villa Marina features luxurious beachside villas that offer a very seductive mix whose main ingredients are space, privacy and seaside living all within close proximity to the marina itself.

After boisterous years in which it was the darling of IT-millionaires, footballers and tourists alike, the port now seems to be making efforts to recapture the glory of old, embracing some of its traditions whilst drawing up ambitious new plans for the 21st century. Good restaurants, designer outlets and trendy nightspots still make this the place to be seen, and luxury boats, haute couture dresses and sports cars compete for attention as ever they did.

Sumptuous super-yachts line the top end quay, where limousines pull up to private clubs whose rooftop champagne bars offer a view over the bustling nightlife of a marina that continues to exert a mysterious pull on the rich, famous and curious, buffered by beachfront real estate that ranks among the most exotic and exclusive to be found on the shores of the Mediterranean.

Marbella’s most sought after luxury areas, including Puerto Banús, the Golden Mile, Sierra Blanca and exclusive out of town developments like La Zagaleta, have proven to be largely recession proof, with top end properties retaining their value better than other sectors through the first years of the property downturn and entering recovery faster.

Property cycles come and go, but the enduring lifestyle appeal of Marbella’s most glamorous marina ensures that there are always people looking for luxury properties for sale in Puerto Banús. 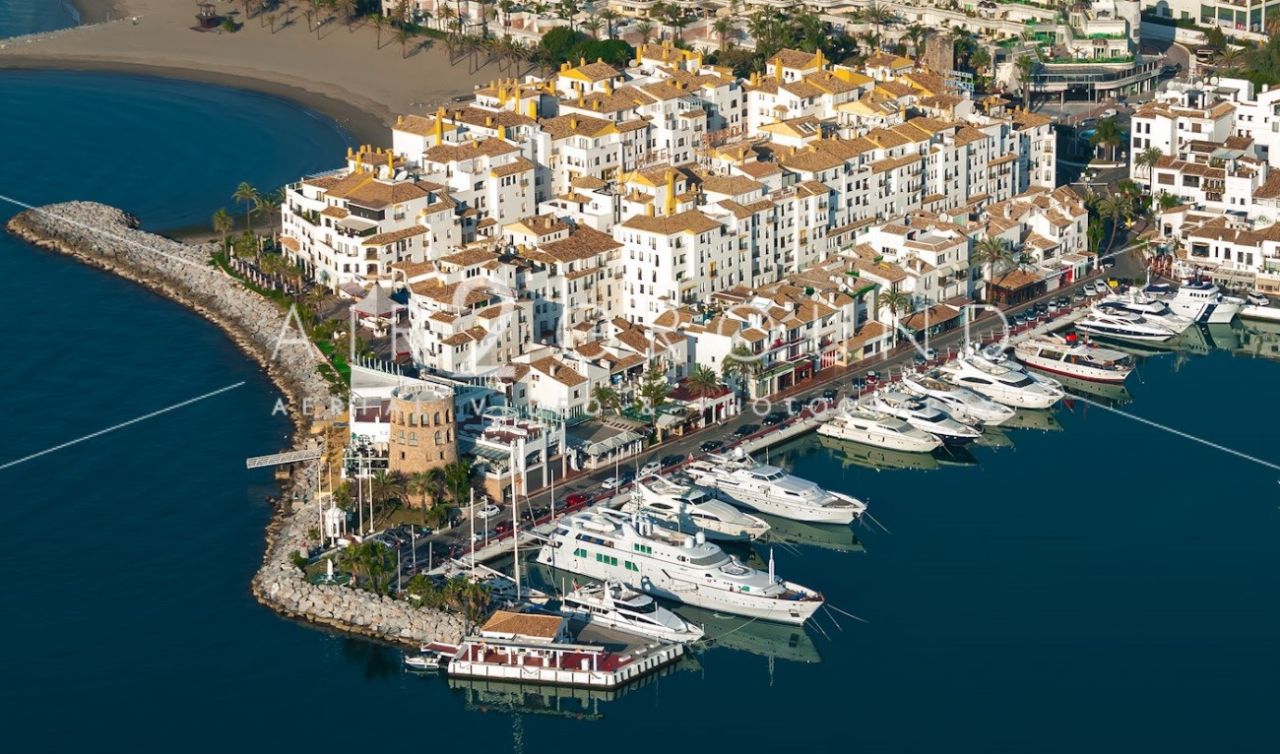 As specialists in this area, Futurama Marbella & Costa del Sol can provide you with expert advice and a prime selection of the finest private villas and luxurious apartments for sale in Puerto Banús. Our portfolio of properties here ranges from magnificent beachside estates within walking distance of Puerto Banús to private beach villas set upon large plots that offer a great deal of scope. Please click here  CONTACT.

Apartments and penthouses in Puerto Banús are also highly prized for their prime location and luxury amenities. Such properties can offer the unique mix of tranquillity and liveliness that make Puerto Banús a unique lifestyle option even within Marbella.